Like the video below suggests, we want to share some of the video marketing trends in 2019 and subsequently 2020.

You could be anyone from:

Marketing agencies are pushing more clients to invest into video – Decision maker’s prefer a video to understand a product – Having video’s on a site, or having a strong Youtube channel – Having a video on landing pages/ home page increases dwell time by keeping people on the page longer, which Google love.

How do you get onto people’s news feed and then get them to stop scrolling, when Facebook, for example, picks things that go into your newsfeed based off:

The key thing that we suggest is:

Make sure you start with Identifying this specific person first

If your a healthcare company selling a wellbeing product, and your target demographic is 18-24 year old’s girls, that you know also get comfort from animals. Focus your video’s on that as a topic, relating it back to a story of a client. Or focus you video’s on different bits of advice that related back to tips to improving the way they are feeling. Make sure, however, that your brand continuity is consistent across these video’s.

If your a Sports Technology company selling a

People, myself included, go to social media channels when they want to know more about you and your company.

Have you ever liked an idea or product, gone through to the website, possibly even with good intentions of buying?

But not gone through with the purchase?

It might have been that you wanted to do it later.

But quite often that’s down to:

and putting them in the right place on your website.

Other Statistic for Marketers in 2019

Ok, we can’t speak to its coolness. However, the numbers show that young adults are definitely still using it. And a full 30 percent of its ad audience is aged 25 through 34.

That leaves the other half using the platform in over 100 other languages.

The second most popular language on Facebook is Spanish, at 310 million, followed by Indonesian at 170 million, and Arabic and Portuguese, at 150 million each.

Worldwide, 1.47 billion people log in daily. Meanwhile, 74 percent of American Facebook users visit daily, with just over half of those checking in multiple times per day. This kind of frequency speaks to the importance of a consistent posting schedule for your Facebook marketing strategy.

This number has doubled in the last year, supporting Facebook’s five-year goal of 1 billion meaningful Group members. (There are already 1 billion Group members, but ‘meaningful’ Groups are communities that become a key part of a user’s experience.)

Now that Facebook’s algorithm prioritizes meaningful interactions between friends, family and communities (over brands, for instance), Groups are an opportunity to gather like-minded individuals together. Check out our guide to using Facebook Groups for business to get get tips on how to use Facebook’s own priorities to your advantage.

That’s a 23 percent increase year over year. Of these businesses, 6 million advertise on Facebook.

Facebook is the top platform for both B2B and B2C businesses

Compare that to business-oriented LinkedIn, where B2C usage is 46 percent, and B2B is 86 percent. Because the lines between professional and personal use are more fluid on Facebook than other channels, the platform can be effective for both audiences.

Here’s proof: 54 percent of B2B marketers say that Facebook is their most important platform (an increase from 43 percent last year). This cuts into LinkedIn’s popularity, which fell from 37 to 28 percent.

While Google Search came out on top overall, with 48 percent of respondents’ votes, Facebook trounced other social media platforms. Instagram and YouTube came in with four percent of the votes, while Twitter took two percent.

Speaking of saturation, how about sidestepping it? Facebook has been actively building out the business ecosystem around messaging apps like Messenger and Whatsapp. There’s opportunity here to reach your audience without fighting through the newsfeed noise.

Messenger has 1.3 billion users sending 8 billion messages between businesses and people every month. Not to mention around 300,000 chatbots. This means it’s definitely time to consider a Facebook Messenger bot strategy.

Reactions and likes are good, but shares and comments are better, according to Facebook’s algorithm. Engagement is the best way to drive reach, and posts with higher engagement are cheaper to promote, so keep this benchmark in mind as you evaluate your posts’ success.

According to Forrester’s analysis, ad price growth can’t continue indefinitely. Facebook’s been warning of a revenue deceleration since early 2017. While investors may be spooked, marketers can use this number as a barometer for their social ad spending.

As organic reach declines and ad prices continue to increase, making sure your ads are relevant and engaging for your audience is more and more important. Our guide to optimizing your Facebook ad spend will help you test, measure and execute effective ads.

An average Facebook user clicks on 8 ads per month

This number goes up to 10 for women and drops to seven for men.

However, this is an overall decline from early 2018, when Facebook was reporting a median of 10 ad clicks per month per user. But this isn’t necessarily bad news: not all ads require a click to be effective.

Facebook video is highly effective, compared to traditional channels. Average cost per reach on Facebook is significantly lower than TV, in particular.

As opposed to recycled TV video ads, which run around a 40 percent lift in brand awareness. As well, message association (that is: being able to match the message to the brand) doubles to 41 percent.

And millennials are 1.35 times more likely than boomers to feel that way. Video can and will help you feed your sales funnel.

When watching Facebook video ads, people between 18-24 spend 75 percent of the attention that people age 65+ do

Take note that this may mean that view duration and completion rates aren’t always the best measure for an ad’s success. Audience demographics should be taken into account.

One off video of the event (filming and editing) 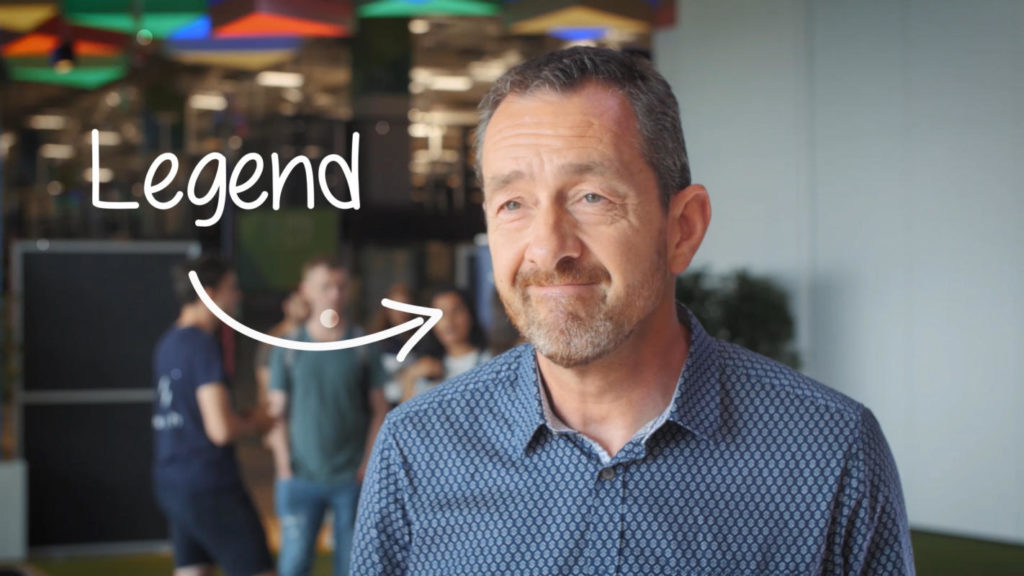